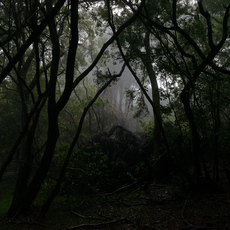 Minority of a Minority, 2012-ongoing

This multimedia documentary project by Shannon Benine is based on the scholarship of Historian Kathleen Belew, which investigates the impact of the symbols and logic of the Vietnam War on racist violence. Included in the exhibition are excerpts from an ongoing body of work that began in the summer of 2012 and in the Pacific Northwest that will lead to a broader project studying the racist right movement on a national scale and violence culminating with the bombing of the Oklahoma City Federal Building. Exploring sites in U.S. history from 1975-1995, this work references imagery and text from historical archives, in addition to still and moving images created at the sites to examine why state violence cannot be limited to the time and place of war.

On April 19, 1995, Timothy McVeigh blew up the Alfred P. Murrah Federal Building in Oklahoma City, killing 168 people and wounding hundreds more. Commentators immediately speculated about McVeighs involvement with the burgeoning militia movement and the fact that he carried out the bombing on the anniversary of the disastrous end to the Waco siege. The FBI acknowledged that McVeigh reenacted a bombing portrayed in the Turner Diaries, a fictional racist propaganda novel first published in 1978 that quickly became an underground bestseller and is still seen as the white separatists bible. The author William Pierce, a former university professor wrote of a hate filled future that he believed would come to pass. This appalling book was his call to arms writing, It is really only a minority of a minority which led our race out of the jungle and along the first few steps toward true civilization. Not only did it serve to activate the movement but also acted as the blueprint for the Oklahoma City bombing which in turn represented the culmination of decades of racist right organizing.

What early reports about the bombing failed to consider was the nationwide unification of Klan, Nazi, and other white separatist groups into a cohesive racist right movement, the connections between the bombing and the movements highest levels of leadership and the way that both the movement and the bombing sought to re-stage the Vietnam War. McVeighs action revealed a militant racist right unified around the story of the Vietnam War, even beyond the membership of its veterans.

This ongoing project documents the sites of racist right violence, presenting an innovative mix of photographic images with textual archive. In the collision of landscapesbeautiful and mundane, spectacular and everydaywith their violent histories, viewers encounter a forgotten part of the American story. Minority of a Minority shows the landscape under attack by the racist right from 1975 to 1995.

Minority of a Minority, (installation view)

The Traitor in Room 14, (detail) Days Inn Portland Airport, Oregon, formerly the Capri Motel, FBI capture of fugitive Gary Yarborough and escape of fugitive Bob Mathews when he jumped from the second story window and landed on the shrubbery below, Novembe

The Traitor in Room 14, (detail) Days Inn Portland Airport, Oregon, formerly the Capri Motel, FBI capture of fugitive Gary Yarborough and escape of fugitive Bob Mathews when he jumped from the second story window and landed on the shrubbery below, Novembe