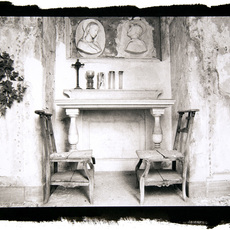 Best if Used By

"Best if Used By", Ruth Adams ©2012, Archival Ink Jet Prints on Metal, 24"x36" "According to the U.S. Department of Agriculture's Food Loss Project, we throw away more than 25 percent, some 25.9 million tons, of all the food we produce for domestic sale and consumption...Lead researcher Timothy Jones reported that on average, U.S. households waste 14 percent of their food purchases." Scientific American, March 2010. This fact astonished me until I looked into my own refrigerator and realized that I was contributing my fair share to this statistic. Beautiful and disgusting simultaneously, this rotten food begs to be used in some way, if not for its original, intended purpose.