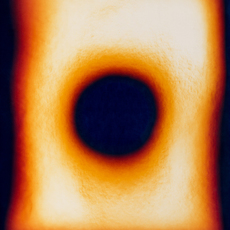 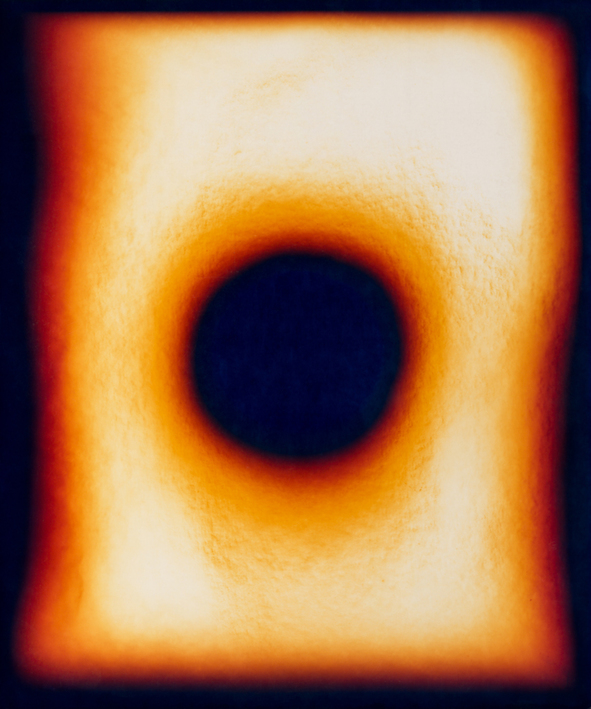 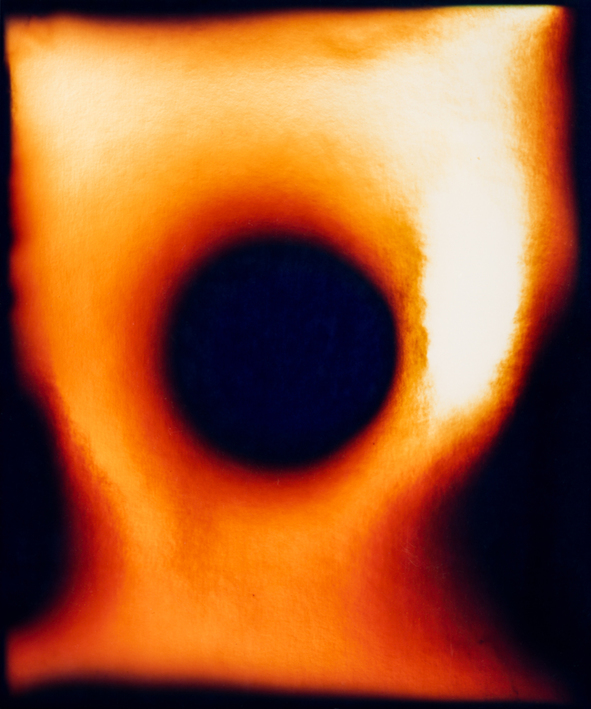 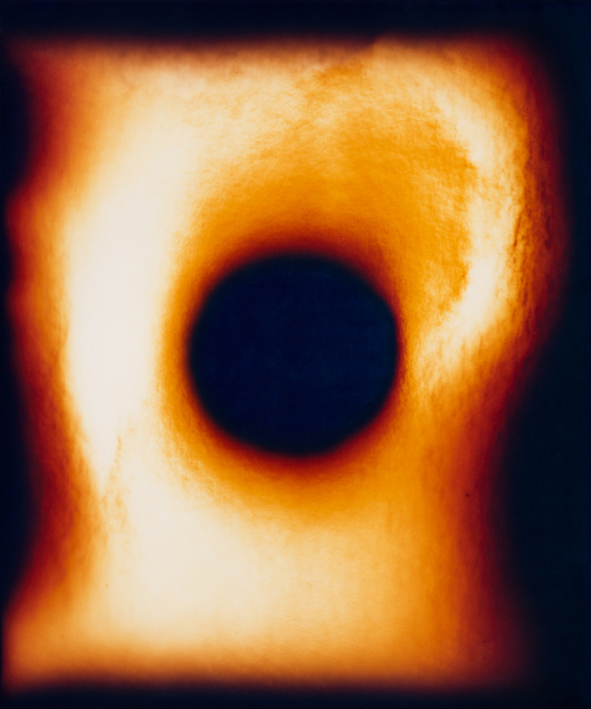 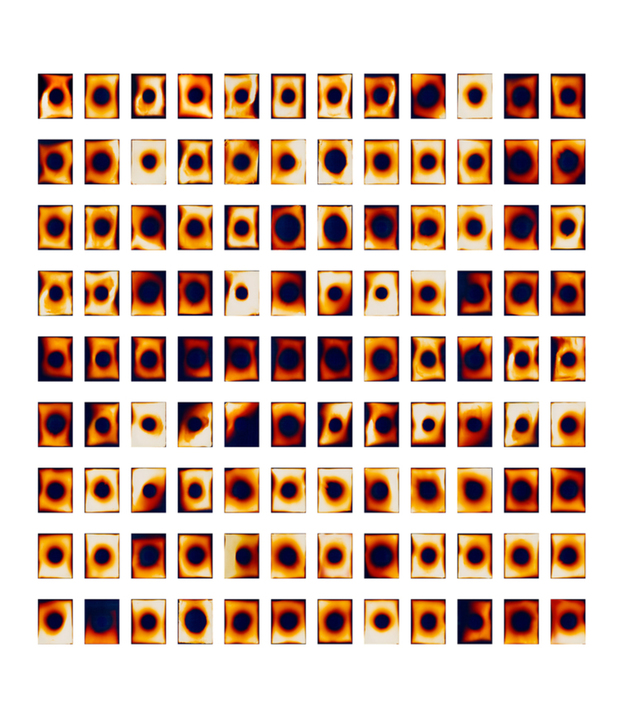 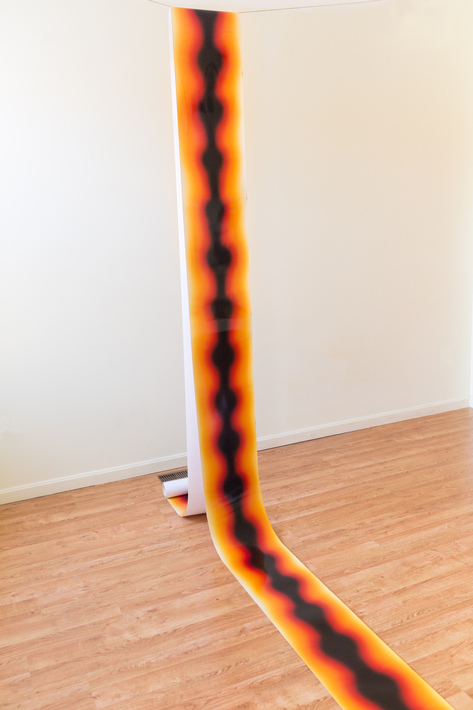 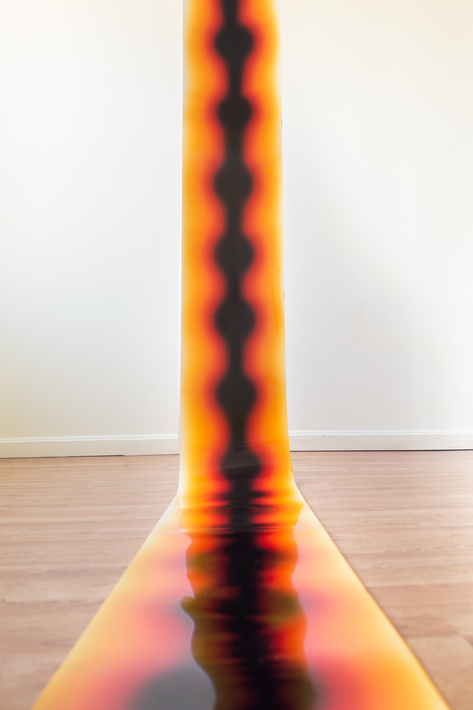 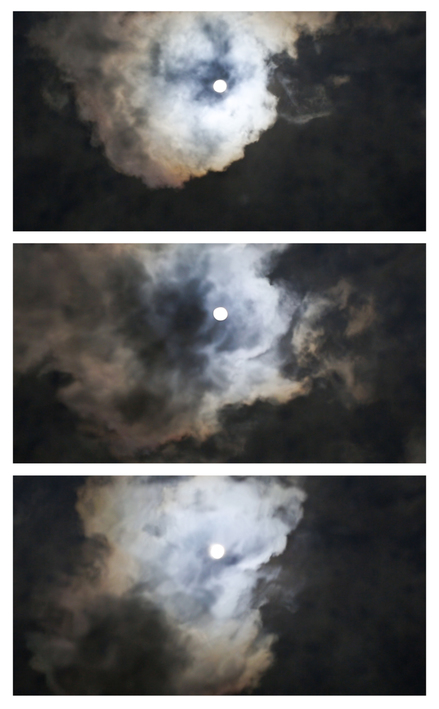 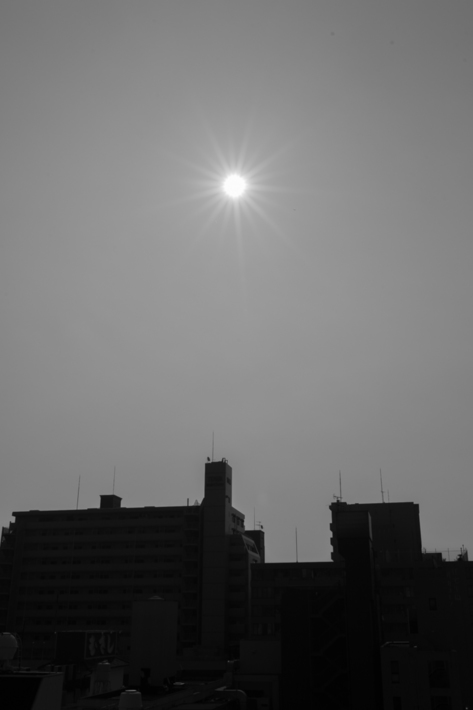 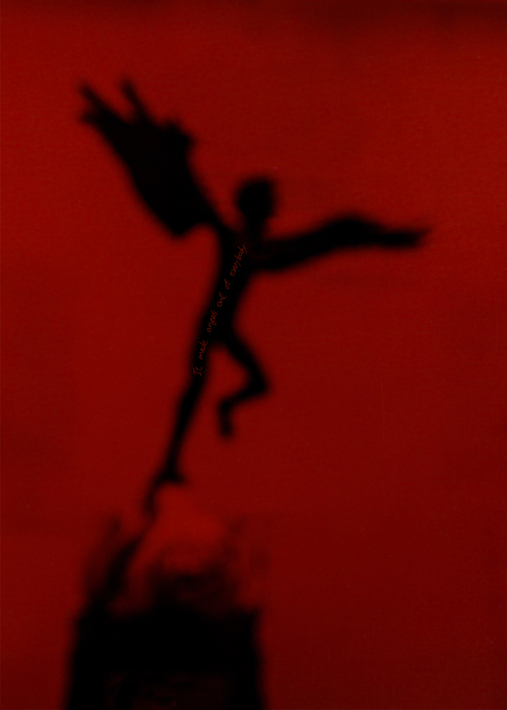 SPE member since 2014
Harbinger
Chromogenic color print made with sunlight

I am interested in capturing that which can’t be seen and visualizing the invisible. As a photographer, as an artist, how do we capture a past event that happened long ago, something that’s already gone, taken away, or destroyed? Something such as radiation, memory, or a sense of loss?

On August 6th, 1945, at 8:15 AM, my grandfather witnessed a great tragedy that destroyed nearly everything in Hiroshima. He survived the bombing, yet he lost his sister from the explosion and other family members from radiation poisoning. As an activist and
author, my grandfather fought against the use of nuclear weaponry throughout his life, until he too passed away from cancer when I was ten years old.

I remember him saying that day in Hiroshima was like hundreds of suns lighting up the sky. In order to express the connection between the sun and my family history, I have created a 200 foot long scroll, made by exposing Type-C photographic paper to sunlight. The pattern on the scroll corresponds to my breath. In a darkened room, I pulled the paper in front of a small aperture to expose it to the sun while inhaling, and paused when exhaling. I repeated this action until I breathed 108 times. 108 is a number with ritual significance in Japanese Buddhism.

If the black parts of the print remind you of a shadow, it is the shadow of my breath, which is itself a registration of my life, a life I share with and owe to my grandfather. The mark of the atomic blast upon his life and upon his breath was passed on to me, and you can see it as the shadow of this print.


I believe an artwork should propose a question rather than an answer. Art-making itself is a journey of inquiry. In my work as a photographer and installation artist, I aim to bring my audience on a journey of grief, remembrance, and hope, one that makes them question the decisions of those who came before us, and reconsider the world of today, while not taking what will come to pass for granted.