LOOKING BACKWARDS: mages of the World at the Dawn of the Twentieth Century,1900-1910

From the late 1850s until the late 1930s, mass-marketed, 3D/stereographic views of the world were produced in huge numbers, and sold everywhere---in drugstore sets of six-for-a dollar, in handsomely boxed, book-like sets called "Tours of the World", peddled door to door by college students, and in "Educational Series", sold, complete with hand-held viewers and teachers' guides, to public schools throughout the country.

In 1978,fifteen years after Keystone View, the biggest stereo view publisher in the US and the world, went out of business, its catalog inventory of 300,000 images, complete with negatives, was donated to the California Museum of Photography, at the University of California, Riverside. There it now sits, all thirty tons of it, in a "seismically protected facility", presided over by a curator,a preservationist,and a coterie of work-study students whose job-more often than not- is to fill requests for images of a specific person, place, or event.

This evening, Michael Lesy will talk about what he discovered, during the past two years, as he explored this gigantic archive---an archive that, in its entirety, constitutes a virtual reality of a not so vanished world. Mr. Lesy's talk will be accompanied by images from the California Museum of Photography's Keystone/Mast Collection. 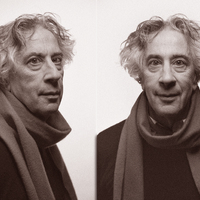