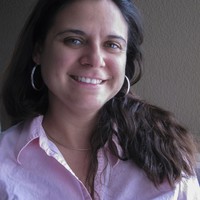 Throughout her photographic career, the subject of Lupita Tinnen's work has been the Mexican immigrant and undocumented community. It is special to her because her parents are Mexican immigrants. While she was raised in American culture, she was also raised in an undocumented culture and her parents lived in fear for many years. The focus of her current body of work is on undocumented college students. Year after year, thousands of law-abiding high school students, who are undocumented, graduate without being able to plan for the future, and others are removed from their homes to countries they barely know. In her statement she says, "Through the details and objects found in their bedrooms, I show how they are American in every sense except unlike the average American student, once these undocumented students graduate from college, they will be unable to obtain a job. I have chosen not to show their faces so as not to disclose their true identity yet I want to show their existence. In addition, I have added text to some of the images to give each person the opportunity to share their personal stories and feelings. Each image is titled with the age they were brought to the United States and their college major. All of the students I photograph have demonstrated a commitment to hard work and are currently attending various colleges around North Texas. These educated students want nothing more than to be able to contribute to the only country they know and love."