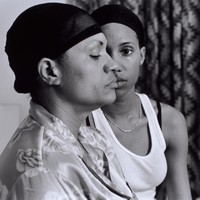 LaToya Ruby Frazier (born 1982, Braddock, Pennsylvania) received her BFA in applied media arts from Edinboro University of Pennsylvania (2004) and her MFA in art photography from Syracuse University (2007). She also studied under the Whitney Museum of American Art Independent Study Program (20102011) and was the Guna S. Mundheim Fellow for visual arts at the American Academy in Berlin (20132014).

Frazier is the recipient of many awards, including a fellowship from John Simon Guggenheim Memorial Foundation (2014), Gwendolyn Knight & Jacob Lawrence Prize of the Seattle Art Museum (2013), the Theo Westenberger Award of the Creative Capital Foundation (2012), the Louis Comfort Tiffany Foundation Award (2011), and Art Matters (2010).