In this illustrated presentation, Barker tells the incredible true story of William Stewart Halsted, a man who rose to prominence, plummeted into cocaine and morphine addiction and like a Phoenix, rose to become one of the most influential physicians of the 20th century.

A little more than 100 years ago a trip to the hospital could be a death sentence. Surgery was a brutal business. One man changed all that and moved the epicenter of Surgery from Europe to the United States. His philosophy of safe surgery was a concept unheard of by most physicians in the 1890s. His aseptic technique later became the cornerstone of modern surgery. His contributions to surgery were numerous and include the introduction of surgical gloves to operating theater as well as the idea of the modern residency training, which is practiced around the world. That man was William Halsted who became the first Chairman of Surgery at The Johns Hopkins Hospital. If you have ever had a surgical procedure, you have William Stewart Halsted to thank. 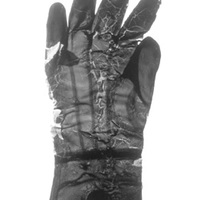