"An Inquiry into Portraiture"

Lydia Panas investigates the connections between portraiture and relationships. In her series The Mark of Abel she explored family relationships. She watched how families arranged themselves, noticing the details of their postures, gestures, and expressions. She photographed them with her view camera capturing subtle yet strong emotions within the groups.

As she continues to explore portraiture she has also begun to focus on her own relationship with the model. Panas says, "Making a portrait allows me to stare, describe and represent an interaction." Her most recent series specifically reference the subject/photographer interaction. 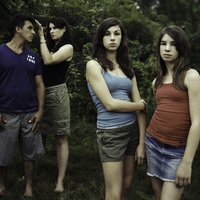