Barbara Bosworth was born in Cleveland, Ohio, in 1953, and raised in Novelty. She graduated from Bowling Green State University in 1975, and received an MFA in photography from the Rochester Institute of Technology... read more

Troubled by Beauty; Looking Through a Glass, Darkly

Photography is Dead. Now we can make some art.

Rose DeSiano received her M.F.A from the Art Center College of Design, Los Angeles and her B.F.A from NYU-Tisch School of the Arts. Desiano has exhibited widely across the United States as well as... read more 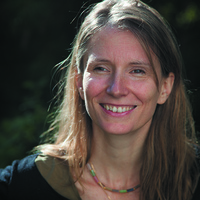 Laura Heyman is an artist based in Syracuse, New York.

An artist and teacher, Sarah Pfohl studied drawing and art history as an undergraduate at Pratt Institute and earned a master's degree in education from Harvard University. Her study of education at Harvard focused on... read more

Lisa Kereszi was born in 1973 in Pennsylvania and grew up in Suburban Philadelphia to a father who ran the family auto junkyard and to a mother who owned an antique shop. In 1995 she... read more

Rachel Loischild is Boston based artist and photographer. A recent Massachusetts Cultural Council Fellow in Photography. She holds her MFA in photography from Pratt Institute and her BA in studio arts form Clark University. Her... read more

Janelle Lynch is a large-format (8x10) photographer based in New York City. Since receiving her MFA in Photography and Related Media from the School of Visual Arts in 1999, her work has been widely exhibited... read more

Bill McDowell is Professor of Photography at the University of Vermont. He is a 2013 recipient of a Peter S. Reed Foundation Grant, and has received the Aaron Siskind Individual Photographer's Fellowship, the New York... read more

I am Not a Phoenix: What Traditional Photography Departments Can Learn from the Successes and Failures of For-Profit Colleges

Colleen Mullins was the Director of the BFA Photography Program at The Art Institutes International Minnesota for over six years, where she helped write the college's Higher Learning Commission Self-Study toward initial accreditation, planned and... read more