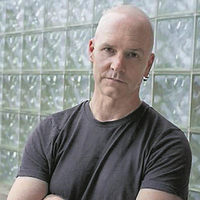 Doug DuBois' photographs are in the collection of the Museum of Modern Art in NY, SFMOMA in San Francisco, J. Paul Getty Museum and LACAMA in Los Angeles, The Museum of Fine Art in Houston, the Library of Congress in Washington DC and the Victoria and Albert Museum, London. He has received fellowships from the John Simon Guggenheim Foundation, the MacDowell Colony, Yaddo, The National Endowment for the Arts, SITE Santa Fe, Light Works and The John Gutmann Foundation. Doug DuBois has exhibited at The J Paul Getty Museum in Los Angeles; The Aperture Foundation, The Museum of Modern Art and Higher Pictures in New York; SITE, Santa Fe; New Langton Arts in San Francisco; PARCO Gallery, Tokyo, Japan, Museo D'arte Contemporanea in Rome, Italy and The Irish Museum of Modern Art, The Crawford Art Gallery and the Gallery of Photography in Ireland.

He has published two monographs with the Aperture Foundation, My last day at Seventeen (2015), All the Days and Nights (2009); exhibition catalogues including Where We Live: Photographs from the Berman Collection (2007) with the J. Paul Getty Museum, The Pleasures and Terrors of Domestic Comfort (1991) with the Museum of Modern Art; as well as features in Double Take, The Picture Project, The Friends of Photography, and in magazines including The New York Times, Time, Details, GQ, The Telegraph and Financial Times of London, Monopol in Berlin and Outlook Magazine in Beijing.

Doug DuBois received his MFA from the San Francisco Art Institute and is an associate professor at Syracuse University.