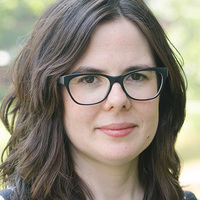 Claire Beckett is based in Boston. Her photographs seek to understand notions of citizenship and belonging within the United States. Recent projects look at cultural appropriation within American military training, including the use of fake Arab villages and costumed role-players, and the experience of American converts to Islam. Her photographs have been shown in solo exhibitions at the Wadsworth Atheneum, Carroll and Sons Art Gallery and the University of Rhode Island, and in group shows at Mass MoCA, the National Portrait Gallery, the Nelson-Atkins Museum, Aperture Foundation, and FOTODOK (NL), among others. She has been awarded an Artadia Award, a Massachusetts Cultural Council Grant, and was artist-in-residence at Light Work. Her work has been featured in Artforum, Public Culture and The Boston Globe.