John Willis was my first photographic mentor, I met him in the mid 90's while I was a student at Marlboro College. I was a Literature major and took John's photography class on a whim, not realizing the door that I was opening. John nurtured my newfound discovery of street photography and was the first person to show me the work of some of my photographic heroes and took me to my first photography exhibition: a Roy DeCarava retrospective that completely challenged my idea of what a photograph could look like.

John's mentorship continued after college, in the Spring of 1998 he introduced me to his colleague who hired me out of school to work for her nonprofit photography organization teaching photography to kids in Guatemala City. Years later when I began applying to graduate schools, he helped me photograph my slides and in 2010 when I received my first job offer, John was one of the first people I called to ask for advice.

In 2010, I moved back to Brattleboro, Vermont, after accepting a teaching position at Keene State College. John and I now live in the same town again and see each other at art openings and at the supermarket. The dynamic of our relationship has changed, we've become peers and friends. We get together for tea, to show each other new work, we help each other with editing and we talk about photography. Now that we teach in the same region, we have also visited each other's classrooms and sat in on student critiques.

For our talk at SPE, John and I will split our time to present on one another's work. 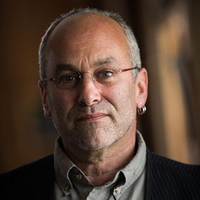 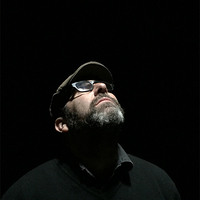