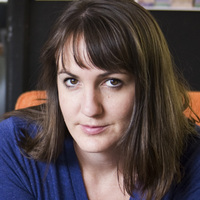 Kalee Appleton is a photography-based artist and educator living in Dallas. Originally from Hobbs, New Mexico, she attended Texas Tech University in Lubbock and received a B.F.A. (2005) in Photography. Shortly after graduation she worked as a corporate and aviation photographer, and she later attended Texas Woman's University in Denton, where she received a M.F.A. (2014) in Photography. Appleton's work deals with digital technologies and their effects on society, as well as with the nature and materiality of photography. Appleton is currently president of the oldest art collective in Texas, 500X. She is represented by Erin Cluley Gallery in Dallas and recently took part in re/thinking photography: Conceptual Photography from Texas at Houston Center for Photography and Fotofest International.