Jared Ragland - Where You Come From Is Gone: Examining the Political Dimensions of Remembrance Through the Wet-Plate Collodion Photographic Process

Created on the eve of Alabama's bicentennial, Where You Come From is Gone seeks to make known a history that has largely been eliminated and make visible the erasure that occurred in the American South between Hernando DeSoto's first exploitation of native peoples in the 16th century and Andrew Jackson's Indian Removal Act 300 years later. Photographed across 1,500 miles through 20 Alabama counties, the melancholy landscapes hold no obvious vestiges of the Native American cultures that once inhabited the sites; what one would hope to document, preserve, remember, is already gone. Instead, the wet-plate collodion tintype images render the often-invisible layers of culture and civilization, creation and erasure, and the man-made and natural character of the landscape. 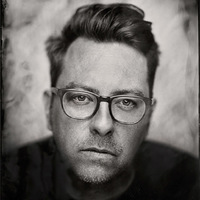