The exhibition Spectacle is a two-person exhibition of photographs by artists Nicole Jean Hill and Alexis Pike that takes place in the Fairbanks Gallery from ____ to _____.

Photographing traditionally masculine activities that take place in communities near their homes, both artists explore themes of spectacle, masculinity, image, risk. They direct their lenses to the performers and their spectators and the moments of introspection and exultation that take place before, after and during an event.

Living in Humboldt County, California, Nicole Jean Hill photographs Mixed Martial Arts events that take place in the casinos and tribal lands in the Northern regions of California. Gaining the trust of trainers and fighters, Hill's photo-series offers a distinct visual narrative of this male-dominated sport from the point-of-view of a female photographer. Giving us an insight into the sport beyond stereotypical images of masculinity, Hill said "I am constantly aware of these formulaic images of masculinity," said Hill. "I equally embrace the show-worthy toughman alongside the seemingly vulnerable moments when they become lost in themselves—from adrenaline, exhaustion, fear or relief."

Alexis Pike's photographs from her project Color Me Lucky are inspired by American daredevil Evel Knievel. She explores the spectacle of the men and women who compete in daredevil showmanship events during Evel Kneval days in Butte, Montana. The exhibiting photographs depict the calculated recklessness of daredevil events alongside small details of Americana. As a child, Pike emulated Evel Kneval and a bike crash gave her bragging rights as a daredevil. This led to her long-standing interest in the showman. Speaking of her project, Pike said, "I'm interested in what attracts a woman or a man to act on or to witness risky behavior for the sake of a thrill."

Nicole Jean Hill was born and raised in Toledo, Ohio. She received a BFA in photography from the Nova Scotia College of Art and Design and an MFA in Studio Art from the University of North Carolina at Chapel Hill. Her work has been featured in the Magenta Foundation publication Flash Forward: Emerging Photography from the U.S., U.K., and Canada, the Humble Art Foundation's The Collector's Guide to Emerging Photography, and National Public Radio. She is a Professor of Art at Humboldt State University.

Alexis Pike received her BFA from Boise State University and her MFA from the University of Iowa. She is an Associate Professor in the School of Film and Photography at Montana State University, Bozeman. She has exhibited at Blue Sky Gallery in Portland, Missoula Art Museum, Photoville, Guate Photo Festival, Aperture Foundation, and has been a Top 50 finalist for Critical Mass. Her work has been published in Harper's magazine, Surface, Travel and Leisure, and has a monograph published by Blue Sky Gallery. A photographic essay of her Evel Knievel work was recently featured in WIRED magazine.

The exhibition is organized by Julia Bradshaw, Assistant Professor of Art and New Media Communications at Oregon State University. The exhibition is in conjunction with the Society of Photographic Educators Northwest Regional Conference, which will take place at Oregon State University on 20/21 October. For more information contact: Julia Bradshaw Julia.bradshaw@oregonstate.edu 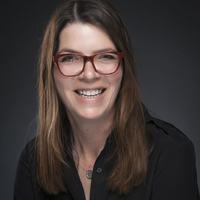