Mordançage (pronounced more-dahn-sahhje) was called by several different names when Paul Liesegang (1838-1896) originally discovered it in the late 1800s: bleach-etch, etch-bleach, gelatin relief, and reverse relief are some of the terms used. A method of reversing a film negative to a positive using an acid copper bleaching solution, the process was originally designed to be used on film and not paper.

Later, Jean-Pierre Sudre (1927-1997) coined the term 'Mordançage' and turned the process into an art form using photographic prints instead of negatives. Craig Stevens, a student of Sudre's, refers to the current incarnation of the process as, "Mordançage - As perfected by Jean-Pierre Sudre." At the very least, Sudre considered his use of the process "proprietary," thus setting the tone for other practitioners of the process. Today Mordançage is considered by many to be a specialized, even secretive, alternative process, which helps to add to the imagery's mystique and unique quality.

This hands-on workshop would allow participants to learn and experiment with the Mordancage process using their own imagery, printed beforehand and brought to the workshop.

Limited to 8 participants. Workshops are first come, first served. Pending on available slots, you will be given the option to register for this workshop upon registering for the conference. 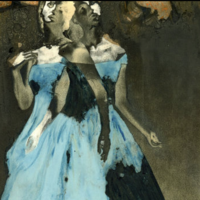