A current resident of the borderlands, the boundary that delineates Mexico and United States has been a preoccupation for David Taylor over the past ten years. He will present his various individual and collaborative projects that reveal the history and contemporary disposition of the Southwest borderlands. Avoiding generalized descriptions, Taylor's projects engage with place at a granular level and present a complex territory that is frequently marked by contradictory realities. While the border is commonly portrayed as a singular phenomenon, Taylor's work reveals it as a series of district locations organized around a common feature. The border is entirely dependent on context and derives its meaning from the various circumstances of those who interact with it. Over the last decade the frontier between Mexico and the United States has changed more than in the previous century. Ultimately, Taylor's work is about how political boundaries are transformed over time. 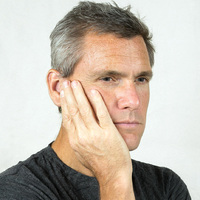