Be sure to submit your vote by October 31!

Within and Without: History, Mythology and Lee Harvey Oswald

At 12:20 on November 24th 1963, the death of Lee Harvey Oswald was transmitted into the homes of millions of Americans on live television. Having issued no confession, the subsequent investigation of the alleged presidential assassin was left to material remnants, traces, and recollections of the father, son, Marxist, G-man, patsy, nobody. Dallas police meticulously collected and cataloged Oswald's belongings – physical evidence for decoding the immaterial unknown. From unassuming articles of clothing to sheets of blank paper, the most banal objects gained unexpected significance because of their ominous association. More than five decades later, the assassination of John F. Kennedy has become a cultural cliché - a curiosity spot for conspiracy theorists and tourists. Within and Without examines the specter and material remnants of Lee Harvey Oswald, the unknowable figure at the center of this American myth.

This presentation will focus on Head's current body of work, "Within and Without" This series examines the material and spectral remnants of Lee Harvey Oswald through the documentation and reconstruction of his past. Head's work examines the spaces that have been transformed by Oswald's passage through them and the current remnants of these invisible marks on the places he lived and worked. "Within and Without" opens a dialogue on the dichotomy between fact and mythology, particularly as it relates to the American conception of its own history. 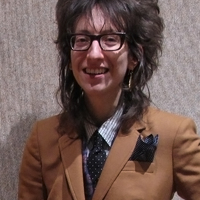