Pisar Pasos (Step in Footsteps) reveals traces of the United States' presence in Central America. In this project, I am leveraging video installation and newsprint in order to problematize the relationship between the United States and El Salvador. My research has led me to link current violence in El Salvador to US military intervention during the Salvadoran civil war. This investigation has also complicated the nature of my relationship to Central America, a region where I have spent time for the last ten years - first as a Peace Corps volunteer and now as an artist. Despite having worked for a government agency, I initially believed that there was a clear distinction separating me from my country's foreign policy. But research and reflexivity have caused me to question whether my trips to El Salvador echo the broader US involvement - past and present- that haunts this part of the world. 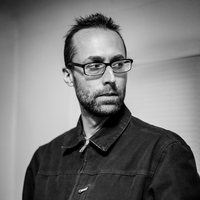