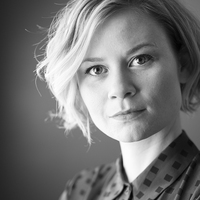 Rachel Cox lives and works in Dallas, TX. Prints from Cox's series have been presented at The Atlanta Contemporary Art Center, Houston Center for Photography, David Weinberg Gallery in Chicago, and the Philadelphia Photo Art Center. Cox has shown work internationally at The Musee del'Elysee in Switzerland, Museo Amparo in Mexico, QUAD Gallery in Derby UK as part of the Format Photo Festival, and with Lensculture Magazine at PHOTO London 2016.


In 2016 Cox's project Shiny Ghost was awarded 1st place by Lensculture Magazine for their International Portraiture Competition. Last year she was one of three American artists to be included in reGeneration3: New Perspectives in Photography, a worldwide survey of contemporary photographers curated and hosted by the Musee de l'Elysee in Lausanne, Switzerland. Additionally, in 2014, her project Shiny Ghost was nominated for the Paul Huff FOAM Award given by the Fotografiemuseum in Amsterdam, Netherlands, a worldwide internationally acclaimed photography prize for artists under 35. Cox's work has recently been published in The Guardian, Vice Magazine, The Huffington Post, and the British Journal of Photography.

She received her MFA from the University of New Mexico in 2013, and is represented by Talley Dunn Gallery in Dallas Texas.