Imaging Unseen Fallout: Autoradiography and the Denial of Atomic Radioactivity

For years the US military denied that the release of radioactivity and residual fallout set nuclear devices apart from all other weapons of war. Yet, from the initial testing of the A-bomb in New Mexico to its use in Japan in August 1945 and the subsequent trials of larger yields in the Pacific and at the Nevada Test Site, photographic evidence countered the official denial of atomic radioactivity.

While the lingering presence of radioactivity at the New Mexico site did not perplex the Manhattan Project scientists, finding evidence of residual fallout 1,000 miles from it was something that no one predicted. In fall 1945, while investigating the unexplained fogging of its X-ray film, Eastman Kodak traced the contamination to the Trinity test.

By 1951, when testing began in Nevada, the National Association of Photographic Manufacturers (NAPM) notified the Atomic Energy Commission (AEC) that wind-born fallout was affecting the manufacture of its products back east, a cause and effect confirmed by autoradiography. When Eastman Kodak threatened “to file claims for redress against the Government,” the AEC agreed—despite its commitment to secrecy—to warn the industry of forthcoming tests and to provide it with daily maps monitoring the spread of fallout. Decades later, a Senate Hearing questioned how the AEC could have protected the film industry, while knowingly deceiving the American people about the dangers of fallout.

More recently, Shimpei Takeda also made use of autoradioagraphs to give visual form to the radioactive contamination released by the Fukushima Daiichi power plant accident. 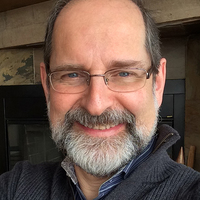