On January 9, 2013 a childhood friend and two other men murdered and dismembered another man in Kentucky. This murder affected me personally and brought many questions to mind about how murder in general affects both the family of the victim and the perpetrator. An immense internal struggle grew, as I oscillated on the fence of morality. I began creating work about the case itself, trying to dissect what could cause a friend so similar to myself to commit such heinous acts. I took to my camera and created multiple video, photographic and new media works around this. Two years later, a close friend of mine was murdered while volunteering in Nepal. This turned my perspective upside-down. I shifted my focus from the ‘why’ to the moments in between life and death. I am creating a series of video portals that project the moments right after someone has died by using videos of people who accidently recorded their own deaths on social media; their last moments. I aim to create a larger dialogue about mortality and our limited time on this earth. 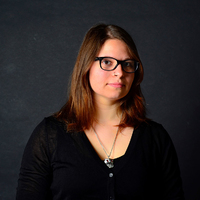