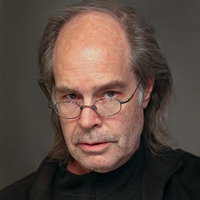 Edward Bateman is an artist and associate professor at the University of Utah, where he heads the Photography and Digital Imaging area. Nazraeli Press released Mechanical Brides of the Uncanny (2009), a limited-edition book of his work which is in the collections of The Metropolitan Museum of Art, The Art Institute of Chicago, and George Eastman Museum among others. Bateman has been widely written about and included in a half dozen textbooks, including Seizing the Light: A Social and Aesthetic History of Photography (2017), where he contributed images and collaborated on writing its new chapter on digital photography. Bateman's work has been exhibited in over twenty-seven countries and is in the collections of the Museum of Fine Arts Houston, The Victoria & Albert Museum, The China Printmaking Museum, Getty Research Institute, as well as Harvard, Cornell, and Brown Universities among others. Last fall, his work was awarded the Nature Prize at the Royal Geographical Society in London. Recently, he co-curated DE | MARCATION: A Survey of Contemporary Photography in Utah. This December, his video work has been invited to the Angkor Photo Festival in Cambodia.