The Middle Eastern Headscarves; a symbol of Intangible Cultural Heritage, or a symbol of terror in the Western Hemisphere?

The Agony of Misconception: is the photographic research focused on perceptions of the Arab and Muslim community that has been conveyed by various media, and are rooted in the social and political issues that are prevalent in the Middle East. The traditional attire of robes, veils, and headdresses are seen as a key concept to denominated geographically region The Middle East and Islamic beliefs; The patterns and colors vary from country to country. The research focal point is The Contemporary Culture of The Shemagh and The keffiyeh in the ethnic group of Arabs. How has it become a symbol of Intangible Cultural Heritage to the Arabs of the region or a symbol of terror and Misconception to outsiders? Also, how the headscarf tradition is not specific to Muslims only, but to other minorities religious and ethnic groups of the region like Christians Arabs. The fabrics and the different ways its folded reveal the respect and attachment that these people have for their culture and religions. 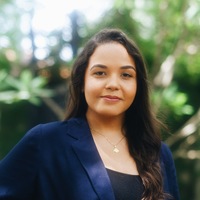