The Female MENA gaze in photography challenges the viewer to rethink Western Orientalist stereotypes of Middle Eastern/North African women by the way they are positioned, the agency they are given in the gaze and framing, and the props which accompany them. Artists such as Shirin Neshat, Lalla Essaydi, Lamia Khorshid, Morgan De Luna and others turn the gaze back on the viewer, playing with text and props that challenge perceptions. Neshat plays with the visual of the traditional woman doing untraditional things, while Essaydi takes the image of the odalisque, so beloved of Degas and Dr. Dre, and marries her with writings and poses that suggests an internal literacy the viewer can only aspire to. My presentation looks at how these and other MENA female photographers create a new narrative that positions the Arab/MENA female as a woman with agency, a sense of humor, and an ability to take back the Western narrative that insists that MENA women are fascinating, frail, and frantic for a Western rescuer willing to invade and risk his country's youth and treasure to save her. 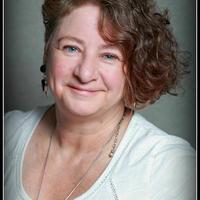