In Search of Representational Justice: from the Abolitionists to the Black Lives Matter Movement

Photographic images played an integral role in the creation of false narratives about people of color for the benefit of racial scientists of the 19th century. Frederick Douglass and other abolitionists recognized the power of the camera and used it as a weapon to challenge America's racism by creating images that countered the false scientific claims and racist caricatures that proliferated in the penny press. By claiming ownership of how they, as black subjects, would be represented in a photograph, their portraits and words sent a message to the world that they had as much claim to citizenship and equal rights before the law as any whites. These early social reformers laid the foundation for future human rights movements, such as Black Lives Matter, and contemporary artists exploring black exclusion, such as Awol Erizku, to employ photography as a weapon to fight America's racism and seek representational justice through photography. 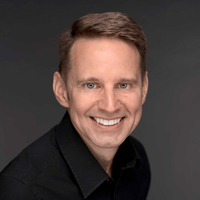