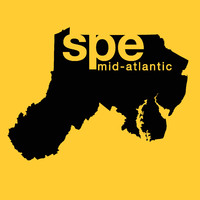 Rocío Aranda-Alvarado is Curator at El Museo del Barrio where she is currently working on exhibitions superreal and El Museo's Bienal: The (S) Files 2013 as well as the permanent collection exhibition for 2013. Her curatorial work and research focuses on modern and contemporary art of the Americas. She is the former curator of Jersey City Museum, where she organized significant retrospective exhibitions of the work of Chakaia Booker (2004) and Raphael Montañez Ortiz (2006) and group shows on various themes including Tropicalisms: Subversions of Paradise (2006), The Superfly Effect (2004), and The Feminine Mystique (2007). Ms. Aranda-Alvarado is also on the adjunct faculty of the Art Department at the City College of New York. Her writing has appeared in various publications including catalogue essays for the Museum of Modern Art and the National Gallery, Nka: Journal of Contemporary African Art, Art Nexus, Review, the journal of the Americas Society, NYFA Quarterly, Small Axe, BOMB and American Art.