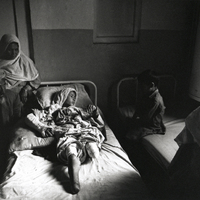 Barron Rachman is a New York City artist and master black and white printer. He worked as a photojournalist in Afghanistan and the Balkans, amongst other regions, in the 1990's and early 2000. His work was appeared in such publications as The San Francisco Chronicle , The Philadelphia Inquirer , Time Out Magazine , the annual report for the Soros Foundation in addition to a book on Kosovo A Journey Home .He is now primarily concentrating on his photographic art and teaching at such institutions as the International Centre of Photography , Brooklyn College , Kingsborough Community College , and New Jersey City University.