Colleagues, friends, and students of Patrick Millard will speak about Patrick's work, life and role as an inspiring professor.

His work has been exhibited nationally and internationally. Exhibitions include Homo Virtualis [Porto Santo Biennial] in Porto Santo, Portugal; Tek'tanik at Art Guild New Jersey and Gallery Affero in Newark, New Jersey; Digital Landscapes at the TMG Gallery in Guarda, Portugal; Digital Fringe at the Melbourne Fringe Festival in Melbourne, Australia; Fauna Show at The Workshop Gallery in Bialystok, Poland; NanoArt21, Passion for Knowledge in San Sebastian, Spain; Origins at the Fox Art Gallery in Philadelphia, Pennsylvania; Snap To Grid at the Los Angeles Center for Digital Art in Los Angeles, California; The Human Canvas at The Center for Fine Art Photography in Fort Collins, Colorado; Virtual Worlds at the UAVM; Virtual Humanities at the Icone Gallery in Coimbra, Portugal; SMart Festival at Open Concepts Gallery in Grand Rapids, MI; and Retro Futurism at SpaceCamp Gallery in Indianapolis, IN.

In 2008, Patrick began to show his work inside the virtual simulation world Second Life; exhibitions that advance beyond two-dimension work and expand his ideas of simulation, virtual reality, and the synthetic future where the physical object gives way to its virtual counterpart and its presence is valued entirely for its idea rather than its place in space. This transition toward a more prominent virtual presence as an artist eventually led to the inevitable. In 2009, shortly after becoming a regular exhibitor in the virtual environment, Patrick embarked upon his first photographic series that used the environment and society of Second Life as its subject matter and conceptual theme. Virtual Lens is an artistic and anthropological investigation into the life of the avatar, landscape of the sim environment, and experience of the virtual world. Patrick continued to photograph and exhibit his portfolios as well as spend time with fellow avatars in Second Life.

2010 brought a new role for Patrick as the curator of several exhibitions. He has curated exhibitions for The VASA Project's Online Gallery and Turing Gallery in Second Life that reflect upon digital culture in the world today. Topics such as biotechnology, nanotechnology, virtual reality, artificial intelligence, robotics, renewable energies, gene therapy, cyber culture, and other posthuman and transhuman philosophies are the focus of these exhibitions.

During the month of June, 2010 Patrick was artist in residence at the Biosphere 2. During his time in residence he began work on photographic, sound, and digital media portfolios. These efforts have yielded a fully developed photographic portfolio of the Biosphere 2 structure and an album to be released on Innova Recordings in 2011. The unique condition of Biosphere 2 attracted Patrick to the residency. As a natural environment that was hermetically sealed and self-sustaining while simultaneously being powered by more than two acres of machinery, the B2 environment played on Patrick's continuing theme of organic and synthetic mergers.

He is missed by his students, colleagues, friends, and family. He has been awarded the SPEMA Honored Educator award posthumously. 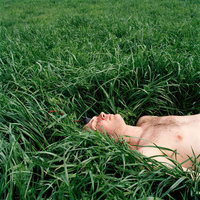