The Thrill of the Chase: Samuel J Wagstaff Jr. Collector of Photographs

From 1973 to 1984, Samuel J. Wagstaff Jr. (American, 1921 -1987) assembled one of the most important private collections of photographs in the world. If this wasn't enough, Wagstaff promoted photography as art by organizing exhibitions of, lecturing on, and publishing his collection. He was not only at the forefront of establishing a market for photographs, but his reputation as an arbiter of artistic taste also provided an impetus for museums to collect and for scholars to study this long-neglected art form. By the early 1980s, Wagstaff began to realize that he could no longer afford to collect photographs as he had done previously. His efforts to elevate the medium had been so successful that he had effectively priced himself out of the market. In 1984, some two years before his death from AIDS-related complications, Wagstaff sold his collection to the J. Paul Getty Museum.

This lecture will endeavor to explain how the Wagstaff collection was born and will use individual objects as a foil for exploring the collector's enduring vision and influence. 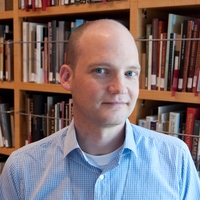