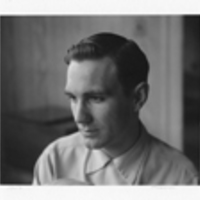 John Upton studied with Ansel Adams, Imogen Cunningham, Minor White, and Edward Weston at the California School of Fine Arts (now San Francisco Art Institute) in the early 1950s. Later he was a resident student of Minor White in Rochester, New York and took courses in the history of photography from Beaumont Newhall. He completed degrees in education and art history at California State University, Long Beach. In the 1960s he became Chair of the Photography Department at Orange Coast College, Costa Mesa, California. He has taught photography workshops and was a visiting lecturer in the history of photography at colleges and universities in southern California. He has also lectured extensively on the history of photography in the United States, Canada, and Japan. He curated exhibitions for museums and galleries including Color as Form: A History of Color Photography exhibited in 1982 at the International Museum of Photography at the George Eastman House and at the Corcoran Gallery in Washington, DC. He served as a panelist and consultant for the National Endowment for the Arts, and has written critical essays and reviews for numerous museum catalogs and photography publications e.g. Aperture. He also served on the boards of Friends of Photography and SPE. In 1977 he coauthored with Barbara London the college textbook, Photography, now in its tenth edition. He had several one-person exhibitions and has been included in many group exhibitions. His work is in museum collections including the New York Metropolitan and M.I.T. In 1999 he retired from teaching and has been photographing in Japan and Hawaii. His exhibition, Japanalia has been shown at three college art galleries during the last two years. Currently there is an exhibition of his Jungle Road portfolio at the District Gallery in Tustin, CA. Additional biographic information is listed in Who's Who in American Art (16th edition).