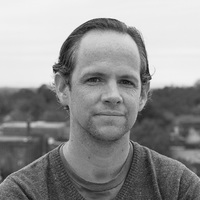 PANEL: For the Love of Books

Jeff Rich's work focuses on water issues ranging from recreation and sustainability to exploitation and abuse. Jeff explores these subjects by using long-term photographic documentations of very specific regions of the United States. Jeff received his MFA in photography at the Savannah College of Art & Design. His Watershed Project has toured nationally since 2012. His book, "Watershed: The French Broad River" was awarded the 2010 Critical Mass Book Award and was published as a monograph in 2012. His work is housed in the collections of the Library of Congress Print Collection; Middlebury College Museum of Art; Yale University, Beinecke Rare Book & Manuscript Library; the Museum of Contemporary Photography; the Asheville Art Museum; the High Museum of Art; and The Do Good Fund. He has been commissioned by The New York Times, Financial Times Weekend Magazine, The Sierra Club, and several other international publications. Jeff also curates the weekly series Eyes on the South for Oxford American Magazine. Jeff has been an Assistant Professor of Art at Coastal Carolina University since 2017. In 2017 Fall Line Press published his book, "Watershed: The Tennessee River."