Fardy's paper reframes Cartier-Bresson's concept of "the decisive moment" through the perspective of the politics of sovereignty. Trump's decision to bomb Syria in April of 2017 in retaliation for Assad's use of chemical weapons was in part a response to photographs. "We awoke" noted US ambassador to the United Nations, Nikki Haley, "to pictures of children foaming at the mouth." Fardy argues that the strike was a case of what he calls "photographic decisionism." Fardy developed this concept to address the complex set of responsibilities that flash-up each time photographic scenes of political violence hit our eyes. 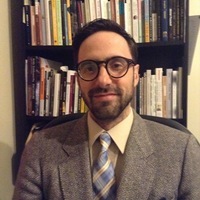