Male Identity is at the heart of each of these 4 presenters work - from traditions and expectations of privilege, to sexuality and the intimacy of friendship, as well as a myriad of interconnections and subtleties brought to light by these photographers. Each presenter will speak for 15 minutes, and the session will be moderated by Jordan Rockford, UArts Faculty.

Networking, and small group discussions among the attendees and presenters will take place at the conclusion of the series of presentations.

Photographing a Transatlantic "Structure of Feeling": The Loyal Order of the Moose Organisation in Wales and USA, David Barnes

Barnes's research project exploring the cultural politics of the south Wales Valleys has uncovered the remarkable untold story of the 'pseudo-masonic' order Loyal Order of Moose (LOOM). LOOM founder, James J Davis, was a Welsh Immigrant 'Iron Puddler' who served as Secretary of Labour under three American Presidents. In 1926 the UK's first Lodge, which still exists today was established in Tredegar, Wales. Some of Davis' ideas informing the growth of LOOM were unsavory, including an interest in Eugenics. However, Barnes argues that beneath such grand-narratives lies a complex reality that can only be engaged by a discursive, collaborative practice.

Noli Me Tangere, is a series that examines an internal conflict of homosexuality and Catholicism. The photographs address the contentions between religion and homosexuality. Utilizing religious imagery and language, the work is recontextualized by the insertion of LGBTQ members and activists posing as Catholic deities. The presentation will focus on the internal workings of an artist creating work about marginalized communities, political responses, culture and religion. It will explore the psychological conversation that happens when dealing with subject matter that is controversial. It will address the concept of community, upbringing/culture, guilt and its impact on the artist's art making.

In Jugaad, Ohrem-Leclef explores expressions of friendship and intimacy between men in India, and their intersection with love, through lens-based and language-based captures. Ohrem-Leclef's presentation will include: - Brief introduction to India's traditional acceptance of fluid sexuality, and current developments - Concept and evolution of Jugaad, addressing use of texts and photography - Practice and challenges of addressing this very sensitive issue. The goal is to present work that challenges perceptions of masculinity and intimacy, celebrates the multitudes of expressions of love between men in India, and address the pressures that western identity politics exert on the fabric of relationships today.

On the Brink, Kerry Skarbakka

Channeling the sentiment of the Angry White Male through a new body of work, Kerry Skarbakka presents, Welcome to Whiteville. Started the summer before the 2016 Election, expanding on aspects of masculinity and control and incorporating storyline from his own rural upbringing, Skarbakka illustrates certain agents and motivators of the social-political divide in America's communities; a serious dilemma which is reshaping politics. By bringing these "disenfranchised" voices into the national conversation, the project discusses the fear generated around the decline of the white working class, the working poor and the men who feel that they are being left behind. 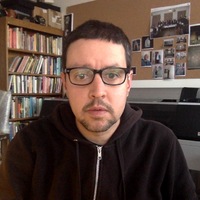 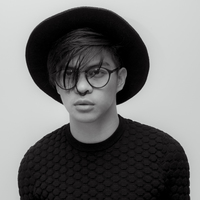 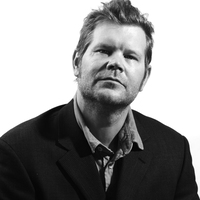 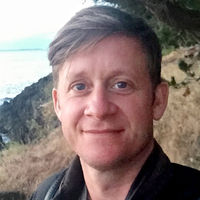