In 2014, I drove across the routes that trucks transport radioactive waste to the Waste Isolation Pilot Plant (WIPP) on. WIPP, located in New Mexico, is the nation’s only geological repository for radioactive waste. I photographed every site in the Western U.S. that ships waste to WIPP and made them into uranotypes, an archaic photographic process that uses the radioactive chemical uranium instead of silver. Uranium is associated with nuclear reactors or bombs, but it also played a significant role in photography. The uranotype process was patented in 1858, before it was replaced with more sensitive and practical photographic processes. 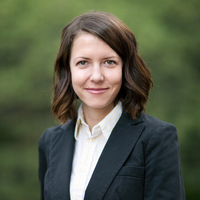