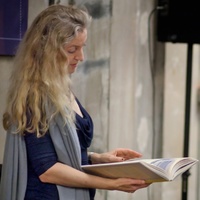 Writer, historian, and activist Rebecca Solnit is the author of 16 books about environment, landscape, community, art, politics, hope, and memory, including two atlases, of San Francisco in 2010 and, with Rebecca Snedeker, New Orleans in 2013; this year's bestseller, Men Explain Things to Me; last year's The Faraway Nearby; and other books including the book Yosemite in Time: Ice Ages, Tree Clocks, Ghost Rivers, with photographers Mark Klett and Byron Wolfe; and Eadweard Muybridge and the Technological Wild West (for which she received a Guggenheim, the National Book Critics Circle Award in criticism, and the Lannan Literary Award). A product of the California public education system from kindergarten to graduate school, she is a columnist at Harper's and frequent contributor to the political site Tomdispatch.com.