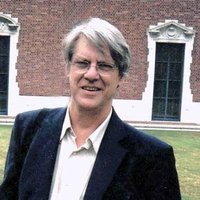 James Rhem is an independent scholar in the history of photography specializing in biographical study of significant figures in photography's classic modern period. He is the author of two books on Ralph Eugene Meatyard -- PhotoPoche No. 87 (2000) on Meatyard and D.A.P.'s "Ralph Eugene Meatyard: The Family Album of Lucybelle Crater and Other Figurative Photographs" (2002),-- and the Phaidon 55 on Aaron Siskind (2003). He has contributed catalogue essays on Wynn Bullock and articles on August Sander, William Eggleston, Shelby Lee Adams, Arthur Tress, and others. He has lectured at numerous colleges and universities and at the Prague House of Photography. Most recently, he spoke at the Blanton Museum in Austin, Texas in connection with "Wildly Strange," an exhibition of Meatyard photographs from the Guy Davenport collection at the Ransom Center. Rhem is also active in higher education as the Executive Editor of The National Teaching & Learning FORUM.