In the Ghetto of Warsaw: Heinrich Jost Photographs

Hotel owner Heinrich Jst was a sergeant in the German army, stationed near Warsaw, who became curious about the corpses he had seen lying along the ghetto walls. So on his birthday, he made use of his free time and went into the ghetto with his camera. The amateur photographer shot several rolls of film in September 1941 and kept them for decades without showing them to anyone. In 1982, he gave the photographs to Stern magazine reporter Gunther Schwarberg. The Jerusalem Documentation Center Yad Vashem pronounced them a '"unique find" and they certainly are-Jost pictures belong to the scant number of existing photographs of the Warsaw ghetto, and are critically important documentation of its history. 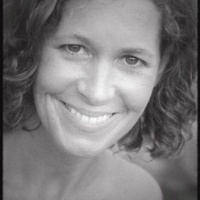