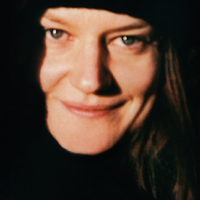 Mona Kuhn was born in São Paulo, Brazil, in 1969, of German descent. She received her BA from The Ohio State University, before furthering her studies at the San Francisco Art Institute in 1996 and then at The Getty Research Institute, Los Angeles in 1999. Mona Kuhn's work is figurative. She is interested in redefining ways of looking at the body, as a residence to ourselves.

Kuhn's work has been published into 4 monographs: the first monograph, Photographs, was debut by Steidl in 2004; immediately followed by, Evidence (Steidl, 2007). The images appearing in Evidence were photographed entirely in France, where she resides each summer. Mona Kuhn's third monograph titled Native (Steidl, 2010) is an unfolding visual story with images taken in her native country Brazil. Her latest monograph, titled Bordeaux Series (Steidl, 2011), was released in the Fall of 2011.

Her work has been exhibited, and is included in public and private collections, internationally and in the United States, such as the Los Angeles County Museum of Art, theMuseum of Photographic Art in San Diego, the Cincinnati Art Museum 2011. Her work has been exhibited at the Leopold Museum in Vienna Austria, the Royal Academy of Art in London England, Deichtorhallen in Hamburg Germany. Currently, Mona lives and works in Los Angeles.