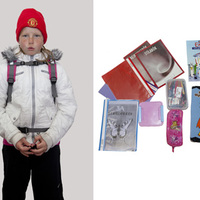 Ellie Brown is a native of Boston, MA where she attended Massachusetts College of Art. She received her B.F.A. in Media Arts in 1997 and her M.F.A. in Pictorial Arts from San Jose State University in 2002. Ellie has received numerous awards including a Pollock Krasner Foundation Grant, a Leeway Foundation grant and funding through United States Artists. She has exhibited both her photography and altered book work internationally and nationally since 1997 including select solo exhibitions in Costa Rica, New York and Philadelphia. Her artist in residencies include full fellowships at Atlantic Center for the Arts, the Santa Fe Art Institute and a partial fellowship at the NES Artist Residency in Iceland. Ellie has been teaching since 2000, including a one-year visiting professor position at the University of Ulsan in South Korea. Currently she is the president of POP!sicle Artist Marketing, helping fine artists accomplish their career goals.