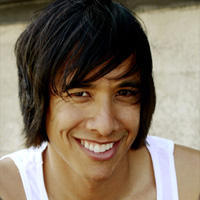 Kip Fulbeck is an American artist, slam poet, and filmmaker. A renowned public speaker, he has been featured on CNN, MTV, and PBS, and has performed and exhibited throughout the world. He is currently a professor of art at the University of California, Santa Barbara, where he received the university's Distinguished Teaching Award, and is also an avid surfer, guitar player, motorcycle rider, ocean lifeguard, and pug enthusiast. He is the author of several books including Mixed: Portraits of Multiracial Kids; Part Asian, 100% Hapa; and Permanence: Tattoo Portraits, and the director of a dozen short films including Banana Split and Lilo & Me. A complete overachiever despite being only half Chinese, Kip is also an internationally ranked Masters swimmer.