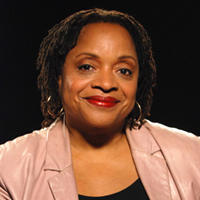 Named among the 100 Most Important People in Photography by American Photography Magazine, Deborah Willis is Chair and Professor of Photography and Imaging at Tisch School of the Arts, New York University. A former Chair of the Board of the Society for Photographic Education, Willis is a 2005 Guggenheim and Fletcher Fellow, a 2000 MacArthur Fellow, 1996 Recipient of the Anonymous Was a Woman Foundation Award, and is an exhibiting photographer. Some of her notable projects include Reflections in Black: A History of Black Photographers - 1840 to the Present, The Black Female Body in Photography (co-author Carla Williams), and Posing Beauty. Her newest books entitled Michelle Obama, The First Lady in Photographs and Black Venus 2010 (editor) were released in November of 2009 and March Deborah Willis 2010 respectively. She lives in New York City.