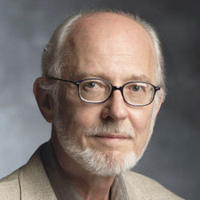 After studying art and photography at Syracuse University (BFA 1961, MA 1968), John Pfahl spent his teaching career at the Rochester Institute of Technology. He took an early retirement in 1985 to devote his time to making photographs. He has published numerous books, catalogs, and portfolios including Altered Landscape (1981), Picture Windows (1987), Arcadia Revisited (1988), A Distanced Land (1990), Waterfall (2000), and Extreme Horticulture (2003).

He received an honorary doctorate from Niagra University in 1991 and has been on the board of trustees at the George Eastman House since 1998.