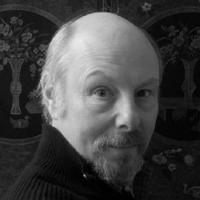 The last two hundred years have seen the greatest explosion of progress and wealth in the history of mankind. But the oil age is at an end. The depletion of nonrenewable fossil fuels is about to radically change life as we know it, and much sooner than we think. As a result of artificially cheap fossil-fuel energy we have developed global models of industry, commerce, food production, and finance that will collapse. James Kunstler's book, The Long Emergency, tells us just what to expect after we pass the tipping point of global peak oil production and the honeymoon of affordable energy is over, preparing us for economic, political, and social changes of an unimaginable scale.

With his classics of social commentary The Geography of Nowhere and Home from Nowhere, James Howard Kunstler has established himself as one of the great commentators on American space and place. With The Long Emergency, he offers a shocking vision of a post-oil future.

Urban planning advocate, journalist, and well-known author of The Geography of Nowhere, Home from Nowhere and The Long Emergency, James Kunstler has long been recognized as a fierce proponent of New Urbanism and strident critic of sprawl and the excesses of automobile culture. He believes that we must create more sustainable communities and advocates for walkable towns, major investments in public transit and greater support of local agriculture.

Kunstler was born in New York City in 1948. After graduating from the State University of New York, Brockport campus, he worked as a reporter and feature writer for a number of publications, including Rolling Stone magazine. In 1975, he dropped out to write books, including fiction, on a full-time basis.