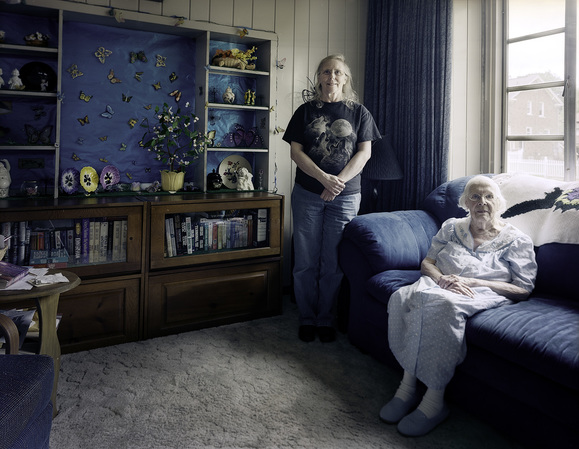 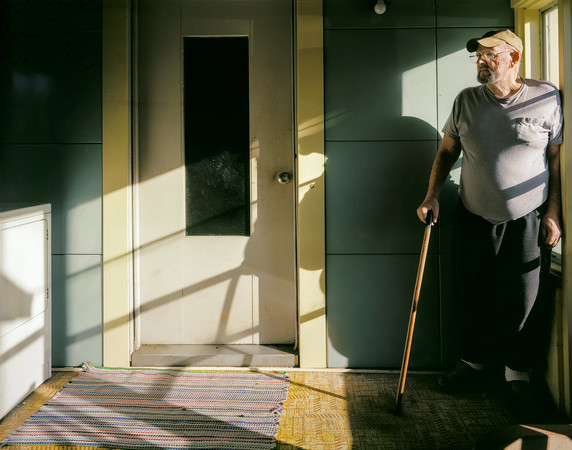 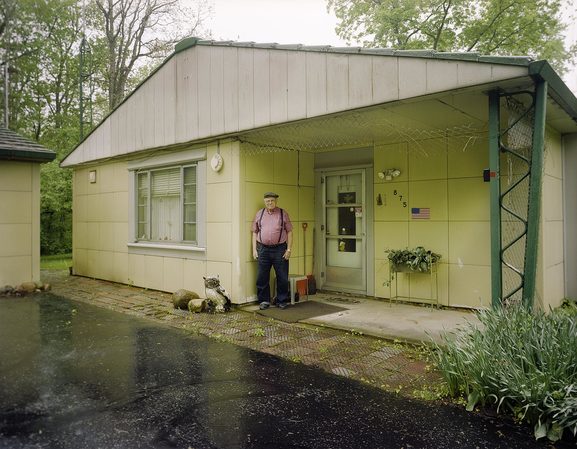 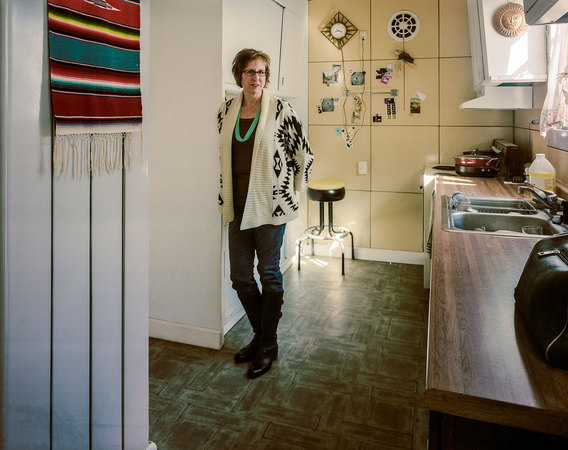 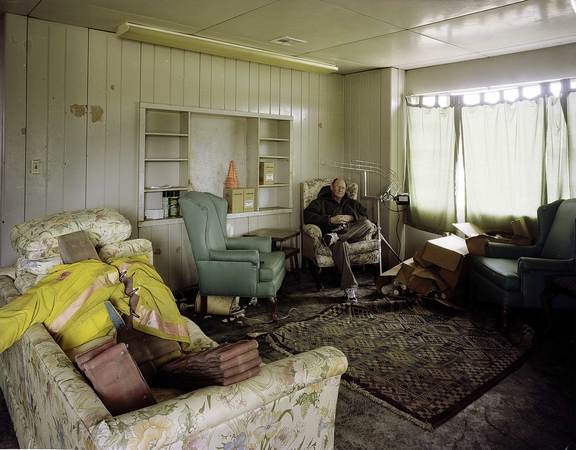 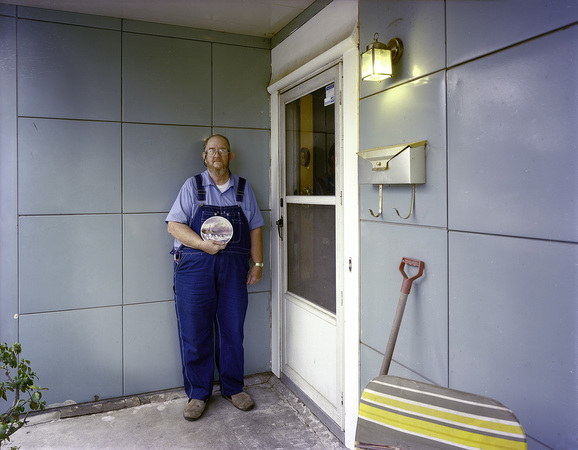 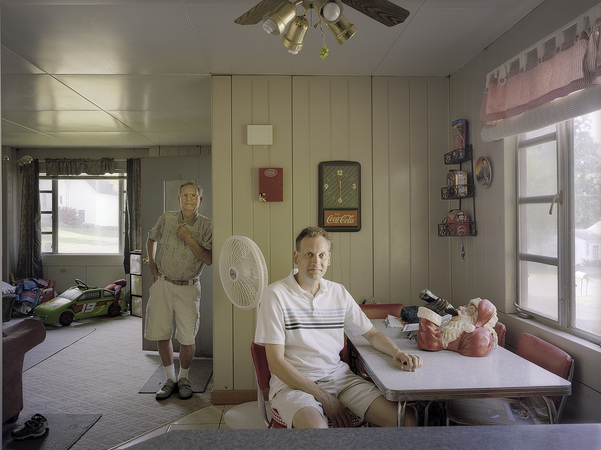 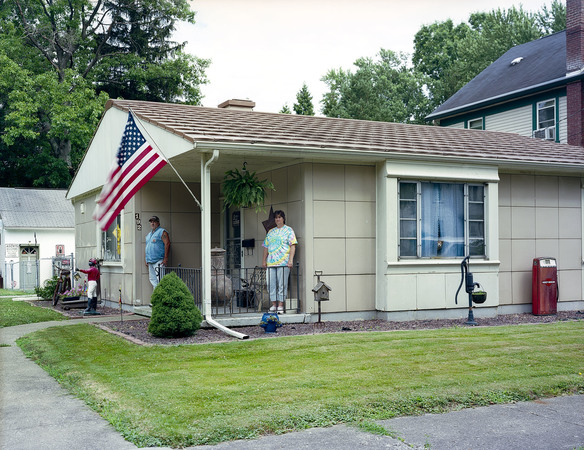 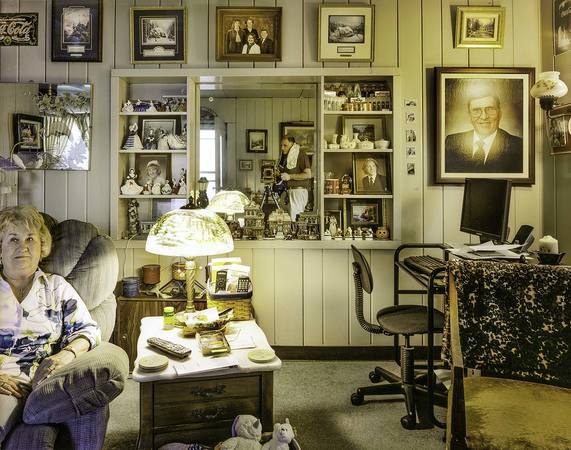 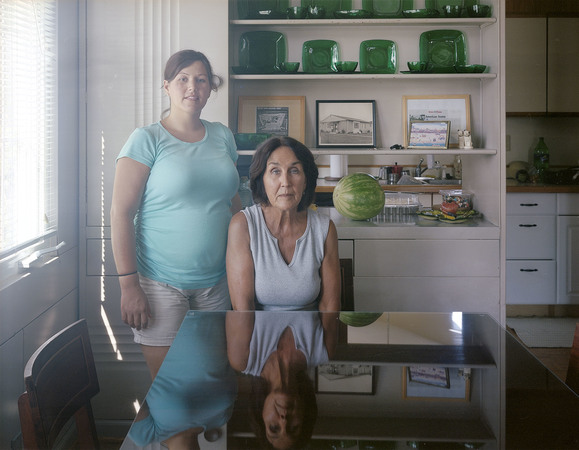 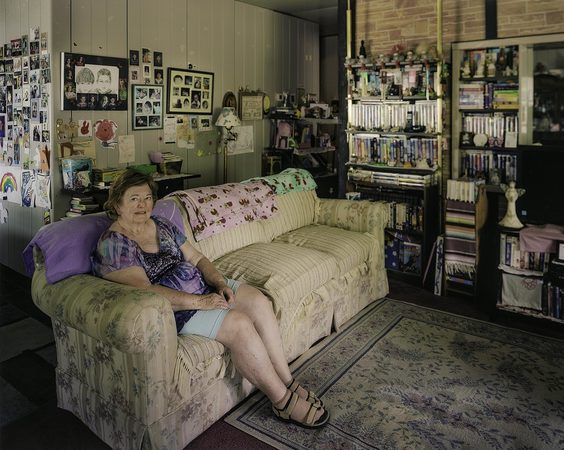 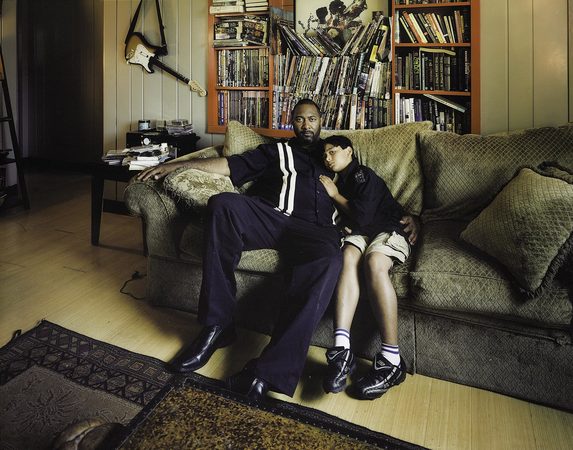 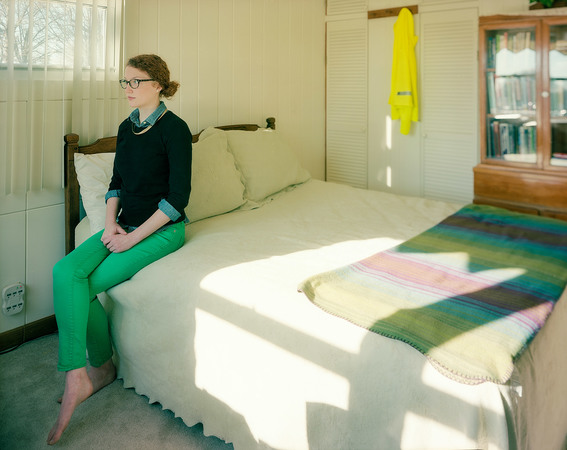 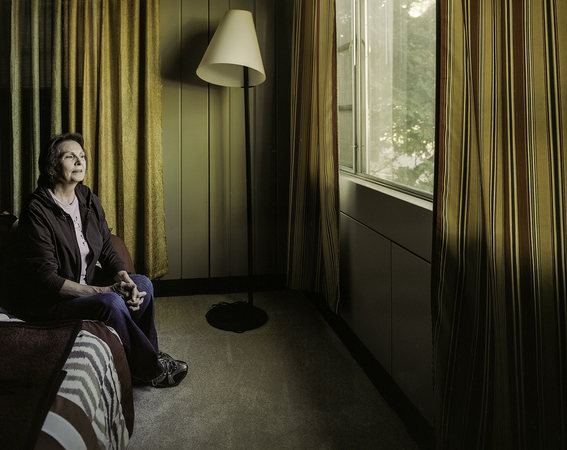 The Society for Photographic Education (SPE) is pleased to present the work, Lustron Stories, by SPE member and Cleveland, OH-based photographer Charles Mintz.

Lustron Stories began six years ago when Mintz set out to photograph the people living in the porcelain-baked, enamel-coated, all-steel houses manufactured in Columbus, OH between 1948 and 1950 by the Lustron Corporation. The company was a unique response to the post-WWII housing shortage. The photographer was generously invited into his subjects' homes, where he recorded the lives and houses with straightforward warmth and a keen eye to detail. Like Walker Evans and James Agee's 1941 book on the families of Hale County, Alabama, Let Us Now Praise Famous Men, Mintz's photographs are not sentimental documents. And like Evan's subjects, Mintz's subjects are dignified, hardworking, and proud, despite contemporary economic struggles in this largely working-class population. The photographs are made with a large-format, wooden camera using 4"x5" film, and framed in porcelain-enamel coated steel—the same material used to fabricate the houses.

Charles Mintz: Lustron Stories helps further elucidate photography's power to tell stories, and, in particular, to share the easily ignored stories of these individuals. Mintz's use of a large-format camera with film (as opposed to digital media) raises interesting questions concerning the photographic process; his is a ritual that enables the photographer to reveal the potential tensions between the context and the particulars of our ideas about home and the realities of home. As Shannon Thomas Perich has written, "Viewer's tend to be conditioned to see domestic interior portraits as snapshots, so when photographs are tightly composed within a set of artistic parameters, it becomes challenging and sometimes even a little uncomfortable. Mintz clearly achieved his goal of making his sitters comfortable with him."

Mintz states of his work, "In this project, I wanted to do everything I could to minimize the sense that the subject's picture was being taken and the power imbalance between photographer and subject. The wooden camera was charming. After all, these people were letting me, a stranger, photograph them and their home, frequently on the inside. To the extent possible, I wanted the subjects to show how they felt about their home rather than how they felt about being photographed." Personal stories and historical narratives are simultaneously revealed in Mintz's singular photographs.

Charles Mintz studied photography at the Maine Photographic Workshop, Parsons School of Design, the International Center for Photography, Lakeland Community College, and Cuyahoga Community College. He has a BSEE degree from Purdue University and an MSEE degree from Cleveland State University. He is the former board chair of ICA–Art Conservation in Cleveland, OH, and former board member of the Cleveland Museum of Art–Friends of Photography. His interest in preservation and conservation is reflected in his service to the ICA and with careful attention to producing work that lasts. He also serves on advisory boards at the Cleveland Print Room and the Artists Archive of the Western Reserve. Chuck is a Life Director at Jewish Family Services of Cleveland. His work can be found in museums including the Smithsonian Museum of American History, private and corporate collections in North America, Europe, and Asia. He resides in Cleveland, OH. Charles was awarded Ohio Arts Council Individual Excellence Awards for 2015 and 2017.

With Charles Mintz: Lustron Stories, SPE further develops its supportive and responsive platform for photographers, and partnership-building with organizations in Cleveland and Northeast Ohio communities—connecting the local to the global—in anticipation of bringing SPE's 56th Annual Conference to Cleveland, The Myths of Photography and the American Dream (March 7-10, 2019). The 152-page book, Lustron Stories, published by Trillium, an imprint of The Ohio State University Press (2016), accompanies this exhibition.

Charles Mintz: Lustron Stories is made possible in part by state tax dollars allocated by the Ohio Legislature to the Ohio Arts Council (OAC). The OAC is a state agency that funds and supports quality arts experiences to strengthen Ohio communities culturally, educationally, and economically. The project also received support from The Ohio History Connection, The Columbus Foundation, and Plaskolite Corporation.