"inside/out" An Exhibition of Images and Written Word Created by The Students of Village Glen West is on exhibit at dn. Gallery in Santa Monica, California from September 10-October 29, 2016

inside/out is a multi-year project aimed at providing the environment, tools and teaching to encourage students at The Help Group West’s Village Glen program in finding their creative voice through photography and writing, exploring their world and communicating through imagery and written expression those things that speak to their thoughts, feelings, values and ideas. The Help Group’s Village Glen School is an environment created to support individuals with diverse talents, strengths and needs, many of whom are on the autism spectrum. Founded in 1975, The Help Group is the largest, most innovative and comprehensive nonprofit of its kind in the United States serving children, adolescents and young adults with special needs related to autism spectrum disorder, learning disabilities, ADHD, developmental delays, abuse and emotional challenges.

The first project, begun in the Fall of 2014 and working with high school students, was facilitated by Clinical Director Pat Sandler and Art Educator Dr. Kelly Kotowski. Students were each given a digital camera and exposed to a wide variety of photography. During the course of the project, there were specific photographic assignments given, as well as structured and unstructured writing exercises. Students were asked to document those aspects of themselves and their lives that spoke loudest to them, and expressed their thoughts and feelings about identity and their worlds. Each student responded to their final chosen images with writing.

The second project, begun in the Fall of 2015 and working with elementary students at Village Glen West, was facilitated by Pat Sandler. Each student was given a disposable black and white film camera with which to document the things that they cared about. During the course of the project, they again looked at many genres of photography, practiced “seeing”, and utilized structured and freeform writing exercises to encourage and increase written expression. As in the first project, each student’s final chosen image was used to encourage written expression in 1:1 meetings with Ms. Sandler.

At the end of both projects, each student engaged in a collaborative portrait session with Pat Sandler. These sessions were created in order to give them each an experience of being fully present, and allowing that presence to be witnessed by another, in this case, the photographer. Once the portraits were printed, students engaged once again in a writing exercise, first as a class together , and then in sessions with Ms. Sandler, as they responded to their image. This writing was very structured and gave students two prompts. The first was “When I look at this picture I see…” and the second, “Most people don’t know that I…”.

The portraits were intentionally done at the end of each project in order to document what was expected to be an increased sense of trust and willingness to be seen; a positive outcome directly connected to facilitating a creative, safe, art-making environment with children, teens or adults. 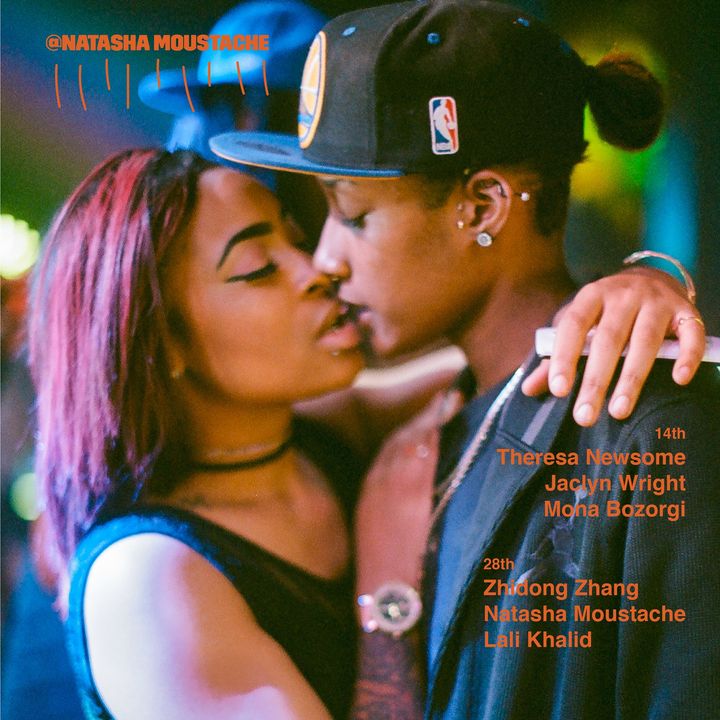 Join the SPE LGBTQ Caucus on October 14 and 28, from 7:00 - 8:00 pm EDT for artist talks with 6 photographers from the SPE 2020 Combined Caucus Exhibition! On October 14, the speakers will be Theresa Newsome, Jaclyn Wright, and Mona Bozorgi, and on October 28, we will hear from Lali Khalid, Zhidong Zhang, and Natasha Moustache. The 6 artists will talk about their work from the exhibition or further projects. The events are moderated by LGBTQ+ Leadership Team member Cai Quirk, and there will be a Q&A following the talk. This event is FREE and open to the public. We particularly invite teachers to suggest this event to their students. Stay tuned for the webinar link.

TOMORROW kicks off 6 weekends full of programming during the SPE Virtual Chapter Conferences. First up is @spe.northwest! Don’t forget to register by following the link in bio. See you soon!

SPE’s virtual chapter conferences begin THIS Saturday! While we’re disappointed we won’t be able to celebrate in person this fall, we are excited to highlight engaging work happening in each of our chapters. Now - share what you love about SPE conferences! We’ll start - the SPE staff always looks...