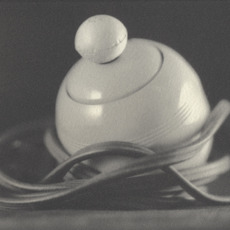 A bacterial sexually transmitted infection is a living, growing, mutating thing that exists within the human body. The act of transmission is often sexy; yet what is transmitted is menacing. The bacterial STIs before you (BV, chlamydia, trichomoniasis, gonorrhea and syphilis) can be silent for women and have little to no symptoms for men: they reveal themselves mainly through medical tests. Without testing, the cycle continues: without noticeable symptoms, no treatments are received; without treatments, the infections are unknowingly passed to others. Though mostly silent, all of these infections have potentially catastrophic side effects like pelvic inflammatory disease, joint disease, meningitis, sterility and fatal pregnancies. Although we should have eradicated these long ago, bacterial STIs continue to exist. Frighteningly, they are beginning to mutate and become drug resistant; gonorrhea specifically has outgrown our current treatments. Due to the recession, many non-profit clinics in which these STIs could be identified and treated have closed. What once seemed like a scary yet treatable nuisance or temporary problem is becoming a major public-health concern.

Transmission's images are created by using open-source imagery from the Center for Disease Control. The images were altered, and then converted into digital negatives, which were used to print the cyanotypes. The prints are embedded in resin within Petri dishes. Each STI is represented in various images and whose information and prevention can be read about in the accompanying artist book.