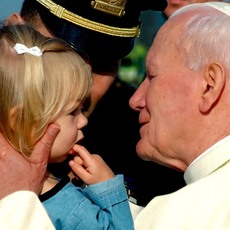 When I went to Vietnam in June of 1969, I was assigned to the 221st Signal Company (Southeast Asia Pictorial Agency) as a First Lieutenant in charge of a photo detachment. Initially, I was stationed at the sprawling military base in Long Binh. I was later stationed in Pleiku and Saigon. In addition to pictures taken for the government, I took many more of the Vietnamese civilians, particularly childrenprobably over 1500 images.
I did not carry a weapon, and although I was wearing an Army uniform, I felt they reacted to me as an individual. The subjects were not posed, or influenced, I believe, by the camera. There is a sense of the camera discovering the subject at the same instant as the subject is appraising the photographer. I would generally take two or three photos, and the first one would prove to be the best, most of the time. My subjects were more off guard, more candid on the first shot than on the succeeding images. I was struck most by the inner dignity of the people which seemed to be stamped into the very structure of their faces, despite the outward poverty into which the war forced them. The faces of the children have proven to be among the most haunting images of Vietnam that I have among my recollections there.