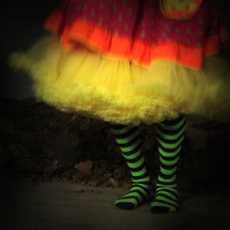 In my current video work, Reflections on the Way to the Gallows (2010-present), I have researched the twenty-one women who were publicly killed in the state of Pennsylvania between 1682-1834. Upon moving last year, I've continued my research in Texas. The work questions the consumption of death for public spectacle and prurient entertainment. Filming at the sites of the former gallows, as well as creating narratives based on historical documents, the work uncovers hidden histories, making the absent/present. (The submitted images are stills from the videos printed on metal)