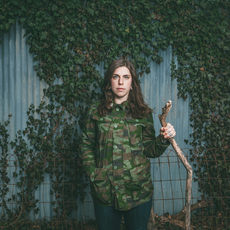 In many ways, people are conditioned to receive--that is, in a passive fashion--an image for a purpose that serves someone else. People see images as advertisements for someone else, for something else. Very rarely do people take a long, hard, cold look at the image itself; even rarer do people think they own their own interpretation of that image. My work, then, is interested in that process. How do we take ownership of the visuals that bombard us every day? How do we make our relationship to the world of the image active rather than static?

I view image as very much akin to language: it is a kind of thought. An image necessarily implies a relationship--one of power, one of love, one of submission, one of dominance. I'm not interested in making overly political claims about commodification or capitalism. Instead, I am interested in that zone between process and product. It seems to me there's a moment where an image turns from one into the other, when it turns from something beautiful, or sublime, into something processed. That zone is most interesting to me, because it marks the place where we allow ourselves to think most deeply about what an image's innate qualities are, and what that says about it, its surroundings, and our relationship to them.

I resist the idea that we have to be held captive by advertisements, or by a passive relationship to the image. We own and are liberated by an ever-growing relationship to the visuals that surround us. It is a relationship of question: Who is this for? What are they selling? Simply asking those questions gives us a richer understanding of our environment.